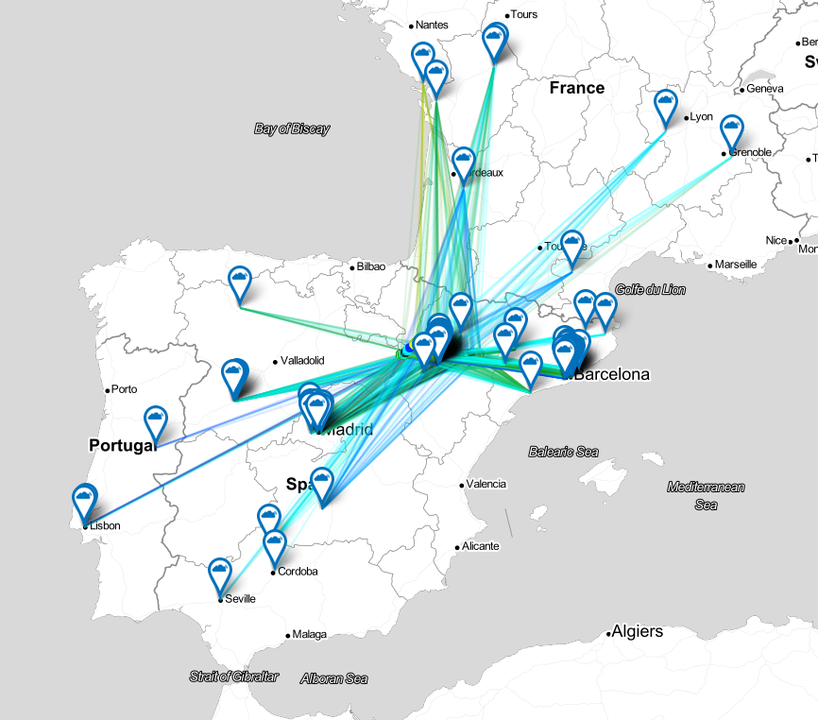 After almost 2 years, the world record of 702 km (436 miles) has been broken. Not once but twice. For a long time this record which was set on 26th of August 2017, seemed nearly impossible to break, until the Servet IV mission was launched. On 13th of July 2019, the record was broken by 39 km, setting a new record distance of 741 km. Interestingly, this record only held for 5 hours as another new world record was set with an astonishing distance of 766 km (476 miles).

LoRaWAN is a Low Power, Wide Area (LPWA) networking technology, designed for low-powered devices to communicate with Internet-connected application over long range wireless connections using the unlicensed ISM radio bands. The LoRaWAN protocols are defined by the LoRa Alliance and formalized in the LoRaWAN Specification which can be downloaded on the LoRa Alliance website. The Things Network runs the world’s largest open LoRaWAN network, currently available in over 100 countries around the world.

Servet is a citizen science project supported by Ibercivis and a growing team of volunteers. The project’s aim is to give people the opportunity to conduct stratospheric experiments using weather balloons. Since the year 2017, four missions have been completed, including the Servet IV.

The probe named PaPe I, built by Jose Manuel Cuesta, was developed with only one goal in mind. This had to be accomplished by using three directional 3D printed Moxon Antennas placed at 120º and a reaction wheel (a type of flywheel used primarily by spacecraft for altitude control) to stabilize the probe and to prevent it from spinning. It is crucial to keep the probe from spinning as LoRaWAN transmissions using high Spreading Factors can take up about a second.

Each antenna had its own transmitter. The first antenna was connected to an ESP32 microcontroller with an RFM95W LoRa module, the second with an ESP8266 and RFM95W, the last one with an ASME Lion SOM based on Atmel D21. The structure of the probe is 3D printed. It’s a modular design made in FreeCAD. (Source files can be found on GitHub).

Nuno Cruz from Lisbon, confirmed that the gateway was correctly placed on the map. The LORIX One gateway is supported by a research group (Future Internet Technologies) from ISEL (Instituto Superior de Engenharia de Lisboa), a Lisbon engineering Polytechnic Institute.